The history of American football can date all the way back to the 1860s, but the United States is not the only country who participates in this “American” sport. During the recent years many countries around the globe have started to enjoy this sport, both as a community and professionally. As a matter of fact, football is on the rise in Asian countries for the past few decades.

But the most recent hype for American football is not from one of these nine countries but is from China. In 2012, 10 football teams have formed amongst amateur players in addition to flag football tournaments that have been held since 2003. Even though the Chinese football league lack government support because of their young history, the passion the local players bring together create an exciting atmosphere on game days. NFL China also opened their office at Beijing in 2007, trying to accelerate the growth of the American Sport. 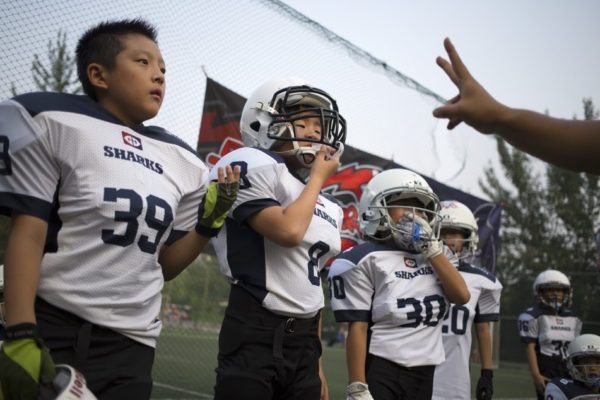 Richard Young, the managing director of NFL China feels very confident about the growth in the country. “We’ve seen the amazing rise of the American Football League of China. They play the 11-a-side outdoor game. They must have had 3,000 people at their final game in which the Shanghai Nighthawks took the championship. They now have 12 solid teams; they could double that easily.” NFL games have also aired in China reaching more than 96 million viewers on five nationwide online broadcasters and 20 regional channels. The online broadcast has also reached 220,000 viewers per live game, creating at least a million avid fan bases.

But NFL China also faces many obstacles, slowing the growth of the popularity of American football. One difficulty is the time zone difference between the United States and China. Because of the 12-hour gap between EST and CST (China Standard Time), football games that air at 7pm on Sunday night would air live at 7am on Monday morning in China. Not only watching a game on a dreadful Monday morning, a 1pm day game would air at 1am in China. This half-day difference creates a difficulty for Chinese viewers to watch an NFL game live.

Another obstacle American football faces in China is the lack of nationalism, especially when the sport is not considered as an Olympic sport. According to Young, “There are always going to be more patriots than there are sports fans in any country. That gap’s much larger in countries like China. When you put the flag on the jersey, everybody gets interested. Everybody. You get a growing fan base that way.”

But even with these obstacles, the NFL and the American football culture has steadily been increasing. The NFL has played many games internationally in Australia, Canada, England, Germany, Ireland, Japan, Mexico, Spain, and Sweden. But it wont be too long for a game to be played in China, as an exhibition game between the Patriots and Seahawks was planned in 2007 but cancelled only because of London in the following season. “We need to have more people playing American football.” Young says. “Having a product in market is good. We all have to kind of help each other.” While viewers in the United States enjoy their Beer and layer dip nachos during the Super Bowl, Chinese fans will enjoy watching the game with breakfast sandwiches and coffee.